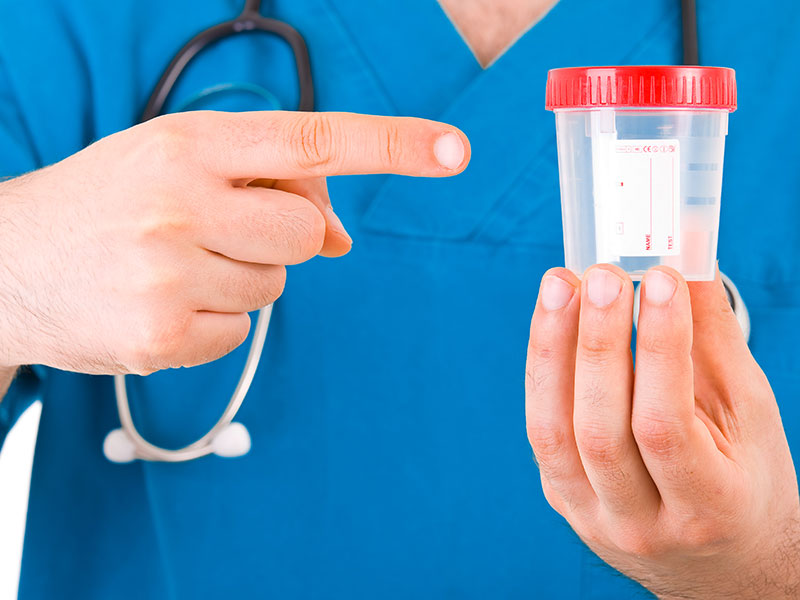 In recent months, PFC has seen an uptick in requests from parents seeking drug tests on their nanny candidates. Drug-testing is another facet of a pre-employment background check that can give parents of young children, children of elderly parents, or anyone seeking to hire someone for a position in their home some peace of mind and a sense that they have conducted the most rigorous available screening on the candidates they are considering. Though most nanny agencies are not yet routinely conducting drug screening on their candidates, some have begun adding it to the array of background screening options they make available to interested parents.

Although a variety of bodily specimens can be tested for drug or alcohol use, two common and reliable types of tests are urine sample tests and hair sample tests. Both of these tests detect “metabolites,” which are drug residues that remain in the body for some time after the effects of a drug have worn off. Urine drug testing detects the presence or absence of drug metabolites in a person’s urine.  Hair drug testing detects drugs that are embedded in the hair, which are incorporated into the “hair matrix” from the bloodstream following drug use. A hair drug test requires 100 milligrams of hair, or 90-120 strands, a sample about the size of a pencil eraser. Both kinds of tests are easy to obtain through experienced background screening companies that have streamlined the process for agencies and parents by partnering with major diagnostic companies.[1]

There are some key differences between the two different types of tests. The most salient differences between the two have to do with timing. First, the results of urine tests (when they are conducted by major diagnostic companies like LabCorp or Quest Diagnostics) are usually available in two business days, while the hair sample test takes up to five days. Additionally, urine tests generally detect drug use in approximately the past 72 hours, though it can be longer for a chronic user. By contrast, a 1.5 inch sample of hair from a subject’s head can detect drug use up to 90 days prior to testing (because head hair grows at an average of 0.5 inches/month). But, hair tests may not be able to detect immediate drug use. It takes some time for hair growing from a follicle to emerge from the scalp (and therefore be accessible for testing), which means hair drug tests may not be able to detect drugs until approximately seven to ten days from the time of drug use. In the time that we have been providing drug tests, PFC has seen candidates who have passed one kind of drug test only to fail the other because of the timing of their drug use, so someone seeking the most rigorous possible screening  might consider performing both kinds of tests to get the fullest possible picture. If an individual is choosing between the two types of tests, PFC generally recommends the hair test because it identifies drug use over a longer period of time.

[1] Note that PFC offers discounts on both kinds of tests to APNA agencies.

View the original article on the APNA website, here.

Fresh Look But the Same Commitment to Protecting Families

In Search of Super Nanny

Not All Criminal Records Checks Are Created Equal

Pinching Pennies in a Background Check Might Cost You

“Our best advice around hiring a great nanny for your family is to consider the whole person and what they have to offer your family and your children. Go beyond what is on paper and learn about their unique skills and personality.”

“When looking to hire a nanny our number one tip is having very clear expectations from the start. It is important for employers to write down specific expectations in terms of schedules, job responsibilities, travel expectations, communication preferences, pay logistics, etc. prior to starting their search. This will save you countless hours by interviewing candidates who match what you are looking for and not wasting time on those who do not. It is important to be very up front and clear with prospective candidates about your expectations and upon hire draft a detailed work agreement so everyone is on the same page.”

“Mom’s Best Friend has a passion for finding long-lasting, happy matches between families and nannies! We find that the 4 keys to hiring and keeping a wonderful nanny are 1) screening, 2) matching, 3) ongoing communication, and 4) professionalism/boundaries.

A Mom’s Best Friend nanny must complete an application, have an excellent interview, stellar references, a clear background check, be CPR/First Aid certified, be legal to work in the US, and be a non-smoker. This weeds out the majority of applicants. Then, the agency ensures that the schedule, ages, location, and compensation are a match for both the family and the nanny.

Beyond that, interviews and trial time help each party make sure it’s a great fit. After placement, open and honest communication is absolutely necessary. This starts with a clear job description, a written employment agreement, and regular reviews. This way, both parties are aware of expectations, strengths, areas for improvement, etc.

Lastly, while a family/nanny relationship is extremely personal, it is important to maintain professionalism, and implement healthy boundaries in the relationship. It is a thrill for the team when nannies happily stay with families for years and years, as this is our ultimate goal!”

“Deciding to hire a nanny is a very personal choice, and it can also be an overwhelming experience. Many times, families are nervous to invite a stranger into their home (especially during a pandemic) to care for their most precious little loves. There is also some type of guilt that many parents feel about having help in general. It’s important to know that every family deserves support, a nanny can help the entire family flourish, and many times a nanny becomes an extension of your family. These five key steps will help simplify the process and set you up for success.

1. Budget. This is very important information to plan before making a hiring decision. Families need to think about the hourly rate range that they are comfortable paying, while also making sure the rate is a competitive one in their market to attract the right nanny. Does your state have overtime laws? What are the employer taxes that you will be responsible for? Are there any tax credits that you can take advantage of? Once you have determined your budget, now you can think about the care you need.

2. Schedule. Will you need care Mon-Fri? Weekend help? Flexibility? Part-time or full-time care? A nanny who can travel domestically or internationally? Do you need overnights? Think about the time you need to work and create space to have quality time with your partner or friends.

3. Job Description. Next it is time to draft a job description to attract the right nanny. Think about your children’s needs. Do you practice a specific childcare philosophy? Do any of your children have special needs? Dietary restrictions? Allergies? Do you have a pool and is it important that your nanny can swim? Think about your home environment and family. Are you easy going and conscious parents? Type A and organized? Musical and silly? Do any parents work from home? Do your children love to be outdoors? Do you have any pets?

4. Screening Candidates. Make a list of questions you would like to ask the nanny. Find out what their style of discipline is? Are they a career nanny or is this job a temporary path for them? Call at least three professional references and double check every reference letter. Ask the references about their experiences with the nanny, and the ages of children the nanny cared for. How long did the nanny work with each family? Do they have longevity? Was the nanny punctual, professional, kind and ask if they would hire this nanny again? Run a background check and get all the necessary forms of identification. Interview the candidate in person and conduct a trial period where you can see how the nanny interacts with your children.

5. Hire. Congratulations! You have found the perfect nanny. Draft a work agreement and the request the nanny to sign an NDA if necessary. Having a contract will set you up for success as all the expectations and benefits are mapped out clearly. Have regular check-ins and create mutual respect”