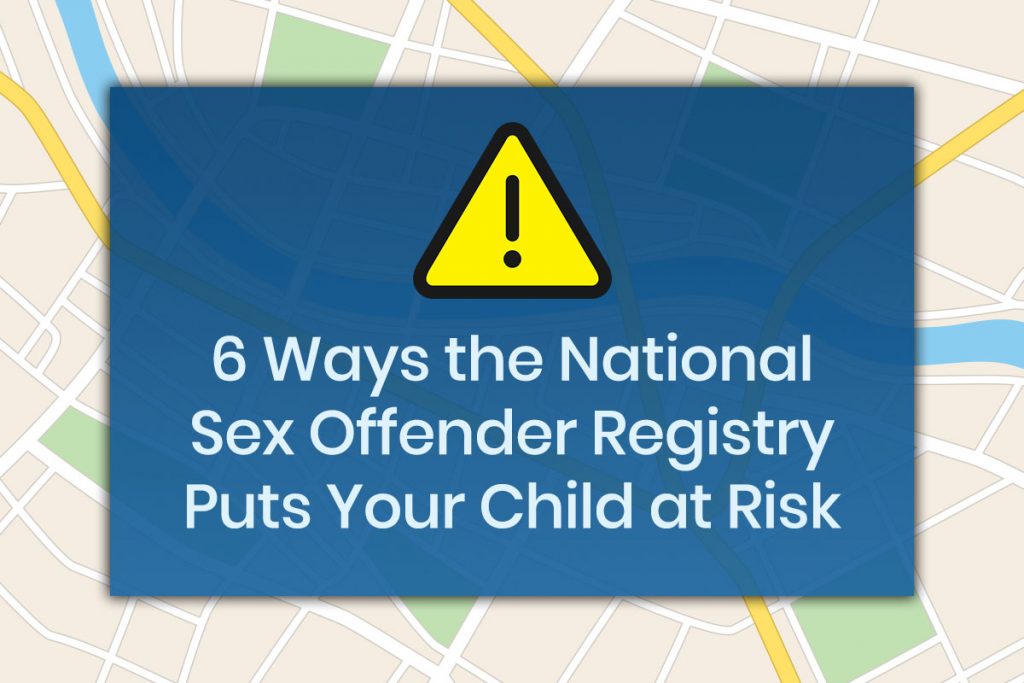 A principal and obvious concern for families hiring nannies and other caregivers is to avoid hiring sex offenders.

Sex offenses include sexual assault and rape, as well as sex with a minor child, possession of child pornography, and other offenses involving children.

Every state maintains a registry of sex offenders and these can all be accessed through the National Sex Offender Registry.

However, there are a few things working against the reliability of the registry.

The National Sex Offender Registry is not a single database.

Rather, it is a web portal that searches each of the states’ individual sex offender registries.

In fact, there is no single national registry of sex offenders.

Because sex offender registration laws vary from state to state, uninformed reliance on the National Sex Offender Registry can lead families to hire dangerous individuals to care for children or other family members for a number of reasons.

For instance, in Louisiana, neither misdemeanor carnal knowledge nor indecent behavior with a juvenile require sex offender registration.

The laws on whether other kinds of sex-related offenses require registration also vary state by state.

While there may be solid public-policy arguments for not requiring all sex-related offenses to require registration, families hiring a nanny or other caregiver need to be fully informed about such past behavior.

Relying solely on whether an individual is registered as a sex offender can lead to decisions based on incomplete information.

Each state’s laws prescribe how long an individual must remain registered.

While some states require lifetime registration for sex-related offenses, others have shorter registration periods for the same offenses.

And once a registration period has expired, the state’s sex offender registry will not list the individual as a formerly-registered sex offender.

Again, the state’s determination that an individual need no longer be registered as a sex offender should not be the determining factor as to whether an individual should be trusted with children or vulnerable family members.

This means that they are available to law enforcement and regulatory agencies but are not available to the general public.

For instance, California makes it a crime for employers to consider sex offender registration information except to “protect a person at risk.”

The California statute does not define “a person at risk,” but one assumes that would include a child or vulnerable family member.

Nevada has a similar statute.

When using sex offender registrations in these states, families and other employers should carefully document the reasons for using the information and how it related to the position for which the individual was being considered.

Prosecutors often reach agreements with defendants in order to expedite the conclusion of cases. This often involves offering the defendant the opportunity to plead guilty to a less-severe offense that comes with less-onerous punishment.

In sex-related criminal cases, this often means that a defendant is offered the opportunity to plead guilty to an offense that does not require a sex offender registration.

This may mean that a sexual assault is pleaded down to a regular (non-sexual) assault, which may not require sex offender registration.

Obviously, a family would be concerned about either kind of assault, but the sex offender registry would not point to the non-sexual assault case.

This may seem obvious but relying solely on sex offender registrations when hiring a nanny or other caregiver will lead a family to miss other criminal misdeeds of significance.

Only a small percentage of criminal cases are for filed for sex-related offenses. And, as noted above, even fewer of those result in sex offender registrations.

Offenses such as stalking, assault, and theft would be of concern to a family evaluating an individual to work in their home.

Additionally, offenses involving alcohol or drugs may point to an individual’s safety awareness and lifestyle—behaviors that may follow the individual to work.

Even a pattern of relatively-minor offenses such as failure to pay traffic tickets or appear in court when required can give a parents insight into a nanny or caregiver’s attitude toward compliance and their self-management.

While the sex offender registrations are important red flags when hiring a nanny or other caregiver, parents should not rely solely on such registries.

A reliable background check should include a thorough search of criminal records in each county, state, and federal district in which the individual has lived, worked, or attended school in at least the last ten years.

Parents should also review the individual’s driving history for indications of careless or irresponsible behavior.

Remember, past behavior is an indicator of future behavior. And in hiring a nanny or other caregiver, more information leads to a better-informed hiring decision.

Fresh Look But the Same Commitment to Protecting Families

In Search of Super Nanny

Not All Criminal Records Checks Are Created Equal

Pinching Pennies in a Background Check Might Cost You

“Our best advice around hiring a great nanny for your family is to consider the whole person and what they have to offer your family and your children. Go beyond what is on paper and learn about their unique skills and personality.”

“When looking to hire a nanny our number one tip is having very clear expectations from the start. It is important for employers to write down specific expectations in terms of schedules, job responsibilities, travel expectations, communication preferences, pay logistics, etc. prior to starting their search. This will save you countless hours by interviewing candidates who match what you are looking for and not wasting time on those who do not. It is important to be very up front and clear with prospective candidates about your expectations and upon hire draft a detailed work agreement so everyone is on the same page.”

“Mom’s Best Friend has a passion for finding long-lasting, happy matches between families and nannies! We find that the 4 keys to hiring and keeping a wonderful nanny are 1) screening, 2) matching, 3) ongoing communication, and 4) professionalism/boundaries.

A Mom’s Best Friend nanny must complete an application, have an excellent interview, stellar references, a clear background check, be CPR/First Aid certified, be legal to work in the US, and be a non-smoker. This weeds out the majority of applicants. Then, the agency ensures that the schedule, ages, location, and compensation are a match for both the family and the nanny.

Beyond that, interviews and trial time help each party make sure it’s a great fit. After placement, open and honest communication is absolutely necessary. This starts with a clear job description, a written employment agreement, and regular reviews. This way, both parties are aware of expectations, strengths, areas for improvement, etc.

Lastly, while a family/nanny relationship is extremely personal, it is important to maintain professionalism, and implement healthy boundaries in the relationship. It is a thrill for the team when nannies happily stay with families for years and years, as this is our ultimate goal!”

“Deciding to hire a nanny is a very personal choice, and it can also be an overwhelming experience. Many times, families are nervous to invite a stranger into their home (especially during a pandemic) to care for their most precious little loves. There is also some type of guilt that many parents feel about having help in general. It’s important to know that every family deserves support, a nanny can help the entire family flourish, and many times a nanny becomes an extension of your family. These five key steps will help simplify the process and set you up for success.

1. Budget. This is very important information to plan before making a hiring decision. Families need to think about the hourly rate range that they are comfortable paying, while also making sure the rate is a competitive one in their market to attract the right nanny. Does your state have overtime laws? What are the employer taxes that you will be responsible for? Are there any tax credits that you can take advantage of? Once you have determined your budget, now you can think about the care you need.

2. Schedule. Will you need care Mon-Fri? Weekend help? Flexibility? Part-time or full-time care? A nanny who can travel domestically or internationally? Do you need overnights? Think about the time you need to work and create space to have quality time with your partner or friends.

3. Job Description. Next it is time to draft a job description to attract the right nanny. Think about your children’s needs. Do you practice a specific childcare philosophy? Do any of your children have special needs? Dietary restrictions? Allergies? Do you have a pool and is it important that your nanny can swim? Think about your home environment and family. Are you easy going and conscious parents? Type A and organized? Musical and silly? Do any parents work from home? Do your children love to be outdoors? Do you have any pets?

4. Screening Candidates. Make a list of questions you would like to ask the nanny. Find out what their style of discipline is? Are they a career nanny or is this job a temporary path for them? Call at least three professional references and double check every reference letter. Ask the references about their experiences with the nanny, and the ages of children the nanny cared for. How long did the nanny work with each family? Do they have longevity? Was the nanny punctual, professional, kind and ask if they would hire this nanny again? Run a background check and get all the necessary forms of identification. Interview the candidate in person and conduct a trial period where you can see how the nanny interacts with your children.

5. Hire. Congratulations! You have found the perfect nanny. Draft a work agreement and the request the nanny to sign an NDA if necessary. Having a contract will set you up for success as all the expectations and benefits are mapped out clearly. Have regular check-ins and create mutual respect”